It's not by forcing Greece, Spain etc. to cut salaries and social state to the low income people, but by going back to a tax rates increasing with the wealth and income and passing the bigger share of the bill to the ones that ate the bigger piece of the cake.

With all the Ain Rand / Thatcher / Reagan bullshit of the latest decades we have been depriving the very same democracy of its main meaning: Participation, sharing and freedom. The real one: the one that allows everyone to chose, not only who can afford it!

If we don't make a step back a bigger chunk of the population will start wondering why is democracy worth it.
That's how Communism and Nazism were born.

A couple of days ago I was reading a report on Chavez's Venezuela.
In the crisis he is spending on social support, health care, etc.
NOT on supporting the ones who pay him bribes (sorry: 'finance his political campaign') as it happens in our fat democracies.
The result is that unemployment is decreasing to rates that we can only dream in Europe and people (the normal people, not the honoured members of this and other networks) are much better off and fought for him when CIA tried to topple him with a golpe.
And they didn't give a shit about the freedom of a press that was not free at all, but at the orders of its owners.

Is this where we want to go?
Void democracy of its meaning to the point that people will prefer a honest dictator?

If no is the answer we should start by kicking the arse of all those idiots or whores (there's no other option) that from their comfortable sofas in the IMF, World Bank etc. have been imposing to poor countries to sell for a fistful of beans their last belongings to multinational corporations and we should got back to the obvious assumption that when there is a crisis it's the poorer that need help, not the richer ones!
And it's the middle class that drives the economy, not the fat sharks and the VIPs!
Posted by Stef at 22:09 Nessun commento:

All management stuck outside for a full two days dept.-redesign session.
Most colleagues are out as well.

Time to finish all work I'd be postponing instead of running to extinguish bosses' fire all the time, but also time to relax a bit. :)

Where can I find a bike? :D 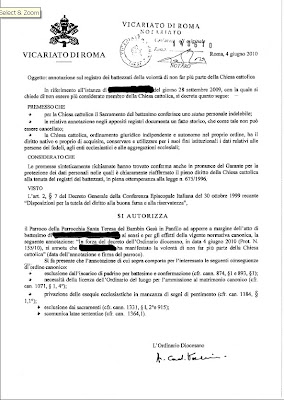 Austerity is the wrong answer

The only thing that seriously threatens the European Union (and the West in general) is the totally wrong attitude adopted to face the crisis: by supporting and feeding the elements that caused it.

The crisis has been caused by:
- toxic credits and we are supporting the banks who have been giving them
- speculation and we are posing the bases for more volatility
- decrease of the spending capability of the great population and we are imposing austerity on the lower incomes
- ...

What really puts Europe at risk now is the unsustainable economic liberalist nature of the Treaty of the Union and the irresponsible imposition of austerity measures that will only have as a outcome less spending power, more speculation, more bankruptcies, more concentration of wealth into the hands of a smaller fraction of the population...

If we go on like this, not only the EU is at risk (over all the euro) but we risk to slip back into soviet union! The moment the population can't feed their kids anymore, they will follow the first Mussolini, Hitler or Lenin that promises food in their dishes.

On the contrary we should walk the other way:
- higher progressive income and capital taxes rates,
- high taxes on short term financial investments,
- stronger (not weaker) protection of the social state and less "mobility"= more stability of work; less facility to lay off people
- slower growth, but more stable and more widely shared (there's no real progress if it's not for all, said Henry Ford)

Today the propaganda still keeps the population behind his leaders (over all in the US, where they lock disagreement with periodic conflicts that cause patriotism (= the refuge of the scoundrel, according to Samuel Johnson) but that will work less and less with the progressive reduction of the share of wealth that falls under the table of the richest.

This austerity mantra that everyone looks taking seriously is bringing us backwards of decades.
If we don't reverse gear now we'll get closer and closer to the France of Luis XVI or the Russia of the Zars.
And if you push a population to behead the wealthiest... what follows is Robespierre, Lenin or Hitler.
Do we want to get there?

I don't like to be a catastrophist, but each time I am my worries punctually happen.
You can call me Granny Cassandra and laugh of my worries ... or consider what might be correct in it and maybe for once help to avoid they become true.

Posted by Stef at 08:47 Nessun commento: 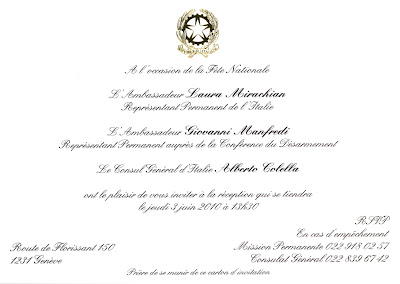