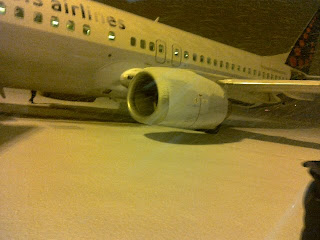 Posted by Stef at 22:35 Nessun commento:

Really worried for my plane! 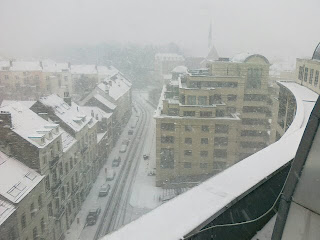 Posted by Stef at 09:21 Nessun commento: 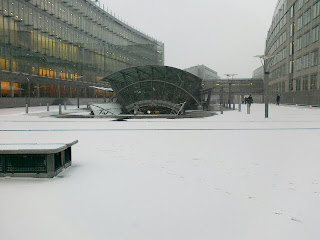 Posted by Stef at 09:02 Nessun commento:

My bitter answer to Britical:

Sorry people!
Welcome into decadence.
You mentioned London and Paris, old capitals of empires that decayed into the bitterness of nostalgia for the good old glorious days. And where so often people are stubborn and unpleasant.

Now it's the time of the USA; a former (!) democracy that surrendered into the hands of the greediest among us, where the big distribution kills the little shops you now miss and then sets the price in a regime of monopoly, where the bankers can laugh at Obama's calls for ethics, get his (your) money and refuse his conditions; and where a majority of stupid sheeps revolt against the costs of a minimum national Health System (that's what makes the difference among a civilised and an uncivilised country, after all) not realising that not having one is by for more expensive and doesn't grant anyone.
And where people are more and more realising that they've been sending their youngsters who were not heroes, to kill people who were not the bad guys, and be killed for values that were not the good ones (and not their own either), led by people who were not the good guys.
And you are surprised if people are bitter?

When Europe was the past, the US was the bright optimistic future.
Today the USA is the past.
The future is in Asia. In China, in India.

You wanted to leave New York? Go there. But be aware that the past you sound so nostalgic of, was far from the pink picture you now think of. It was a country of abuses, where the only law was the law of the strongest.
Don't expect to find it so much pinker where it's growing now.
But you can count on service, smiles and optimism.